Standing On The Shoulders Of GIANTS, The H120 Carries Forward The Proud History Of HEGEL Amplifiers. The Multi-Award-Winning Designs That Over The Years Have Dazzled Listeners With Their Combination Of Raw Dynamics And Delicate Naturality. The H120 Carries That Legacy With It But In A Smaller And More Affordable Package.

"If I have seen further it is by standing on the shoulders of Giants" - said Isaac Newton in 1675. Without comparing ourselves to Isaac, we claim the same for the H120. It is a relatively affordable integrated amplifier that would not have been possible, were it not for its brothers leading up to its design. The Hegel H120 is a small step up from our entry-level amplifiers in terms of price, but it is (and we refrain from the obvious quotes here) a solid step up in features and performance. The significantly larger power supply creates a more dynamic sound and for combining with large loudspeakers presenting more challenging drive loads. The digital section is taken directly from its bigger siblings, and this is really the core of the H120. We see the typical user of the H120 as people who are into digital music streaming. For the money, we claim that the H120 does that better than anything else.

The digital-to-analogue conversion is of the highest quality in the H120, with technology crafted from the ground up by Hegel. We take full control of the digital data stream, using technology developed from our absolute reference products, ensuring digital music delivery in its purest form. The result for you is a perfectly natural sound, without any artefacts that make you want to turn the volume down. The H120 has Apple Airplay, Spotify Connect, IP Control, Control4 and UPnP streaming. More features are already in progress and will be offered at no cost, using the easy software update functionality. All inputs are configurable for volume bypass, so you can integrate into a home theatre or with (for example) a Bluesound or Sonos. Whatever you want, you can do it with the H120.

The H120 uses the Hegel SoundEngine 2 amplifier platform allowing a damping factor higher than 2000 together with extremely low distortion levels. Details about the SoundEngine can be found on hegel.com. In many ways, it works like a noise-cancelling headphone. It compares the output of the amplifier with the input. It detects all the sound pollution (distortion) and plays this forward into the speaker output, but in reverse phase. Like 1 minus 1 equals 0. It cancels out all pollution in real-time, leaving you with only the most natural sound. The SoundEngine technology has been developed over more than 30 years, from conception to where it is now. Millions of dollars were invested in initial development. It is what makes possible the sound performance for the money in the H120. 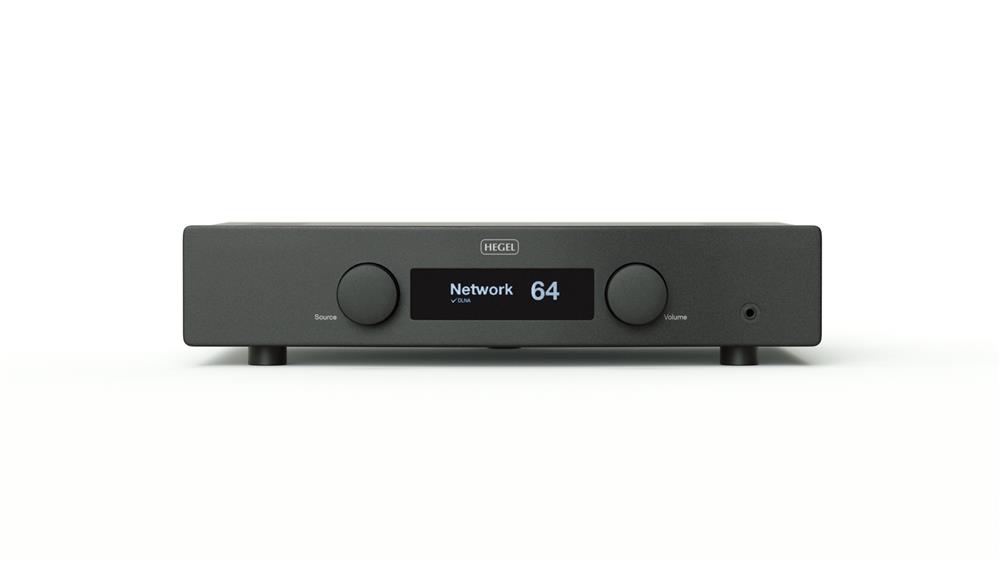